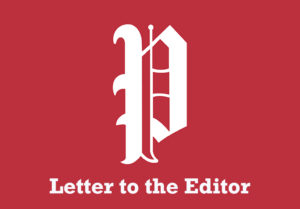 Today, the Portland Press Herald published a letter to the editor from JCA Executive Director Molly Curren Rowles and Portland City Councilor Pious Ali denouncing religious violence and affirming solidarity in the face of last week’s news of a mass stabbing at a Hanukkah gathering in Monsey, New York.

Read the full text below or check out the article here: https://www.pressherald.com/2020/01/02/letter-to-the-editor-speak-out-against-anti-semitic-violence/

The news of a mass stabbing at a Hanukkah gathering in Monsey, New York, comes on the heels of several days of violence targeting Jews over the past week.

A year ago, as 2018 drew to a close, we reflected on the murders at the Tree of Life Synagogue in Pittsburgh with shock and anger, but also with hope that the unprecedented attack would never be repeated.

Instead, in 2019 murders were carried out at a Chabad house in Poway, California, and anti-Semitic hate crimes – ranging from acts of vandalism and harassment to assaults, shootings and stabbings – have increased in frequency and virulence. The past year has been a terrible one for minority religious communities both in the United States and abroad; the attacker in Christchurch, New Zealand, murdered Muslims at prayer, while three Christian churches were bombed on Easter in Sri Lanka.

This violence strikes at the heart of community life, making people afraid to exercise their beliefs, to raise their children, to attend services and gatherings. Religious freedom is a core value in America. In Maine, the Jewish and Muslim communities stand in solidarity together and with other minority religious communities, aware that whatever group is targeted, religiously motivated violence affects us all.

We need everyone to get involved, and urge you take action by joining interfaith activities, making connections with those of other backgrounds, and offering financial support to community organizations that help build and strengthen capacity. The time to fight the scourge of religious violence is now.