Join MJFF and the JCA for our second annual Yiddish Culture Festival. Featuring online film streaming of The Last Klezmer and Black Honey: The Life and Poetry of Avraham Sutzkever and a special musical performance: 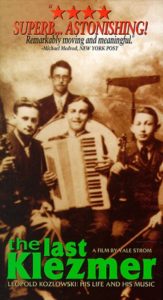 As seen through the eyes of klezmer musician, photographer and filmmaker Yale Strom, THE LAST KLEZMER portrays the animated life and music of Leopold Kozlowski, the last performing klezmer musician who grew up with this musical tradition in Poland. A generation ago, this region boasted thousands of “klezmorim” among its three-and-a-half million Jews. Today there is only one. Leopold retraces his life through memory, music and a journey back to his hometown of Przemyslany (near Lvov, Ukraine). We see Leopold today as a conductor and music teacher passing his knowledge of Jewish music to a new generation of Catholic Poles. 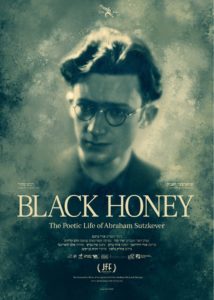 As long as Abraham Sutzkever lived, he wouldn’t let a film about his life be made. Today, eight years after his passing, Black Honey tells the incredible story of the greatest Yiddish poet of modern times. The man who led the Paper Brigade underground movement that saved Jewish manuscripts from the Nazis, survived the WWII due to Stalin sending him a private rescue plane, testified in the Nuremberg Trials, and immigrated to Israel in 1947 where he led Yiddish culture, while writing in astonishing vitality. This film is part of a special project, The Hebrews, dedicated to Jewish poets.