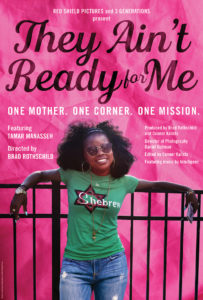 Tamar Manasseh, an African American rabbinical student, leads the fight against gun violence in her Southside Chicago neighborhood. A fascinating look at the complex identity and motivations of an extraordinary person who is Jewish and Black, and how these two identities offer her a road map for citizen activism.

When Tamar Manasseh decided to set up a presence on her Chicago block, she did so as a mother and neighbor, who wanted the gun violence to stop. Six years later, the organization she founded, MASK (Mothers and Men Against Senseless Killings) is credited with plummeting violence in that neighborhood. Join Tamar and the film’s producer and director on Sunday, Feb 21st for an energetic and fascinating discussion. 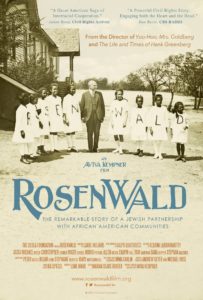 The story of the son of an immigrant peddler, Julius Rosenwald, who rose to head Sears, and partnered with Booker T. Washington and African American communities to build 5,400 Southern schools in African American communities in the early 1900s during the Jim Crow era. Directed by Aviva Kempner, this was one of the most popular films shown at MJFF 2016. Renewed public attention to Rosenwald’s work makes this film as timely today as when it was first shown.

Both films are available for free streaming from 9:00 AM on Friday, Feb. 19th to midnight on Sunday, Feb. 21st on the Eventive platform. You must reserve your ticket for access. (Links for the films will not be emailed).

For details and free tickets https://2021mjffweekend.eventive.org/welcome